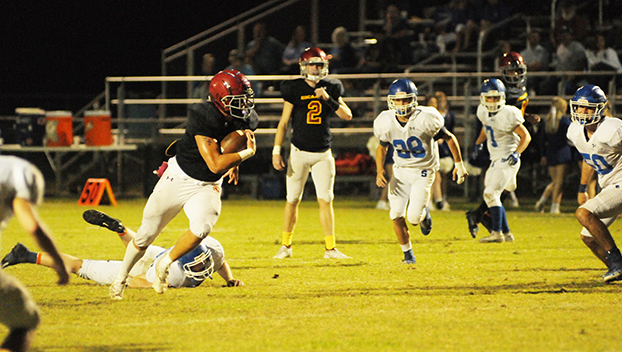 Escambia Academy and Edgewood are slated to meet this Friday in the first round of the AISA Class 2A state playoffs.

EA head football coach Hugh Fountain, who missed his first football practice on Monday in 36 years due to travel issues from Kansas, said the boys will have to come out and play their physical brand of football come Friday. Fountain’s son, Troy, is an offensive lineman at Kansas Wesleyan University in Salina, Kan.

“Edgewood likes to throw the football,” Fountain said. “Last week, they used two quarterbacks. One runs more than the other. They throw it deep and quick.”

The Cougars are coming off a 64-0 victory over Bessemer Academy, while Edgewood is coming off a 34-20 loss to Wilcox Academy.

During the regular season, the Wildcats averaged 26.3 points on offense, while allowing 29.9 points on defense.

Escambia Academy is right at 38.6 points scoring and 16.1 points allowed this season.

Fountain said the team has done better cutting back on the penalties since the Chipley, Fla. game, adding he hopes they’ll continue that momentum this week.

Kick off this Friday night in Canoe is at 7.