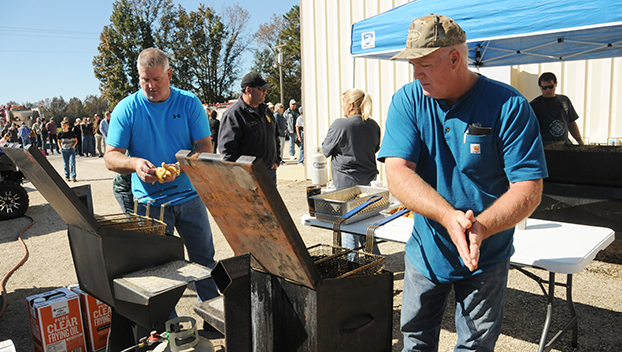 Early on, Walnut Hill Volunteer Fire Department officials knew that it was going to be a record-breaking year during its 52nd annual Fish Fry fundraiser on Nov. 13.

The fundraiser is held each year to raise funds for equipment and families who may be in need of a donation.

This year, the fire department prepared for 1,000 people to come and eat with fresh fish, chicken, homemade rolls, baked beans, cole slaw and dessert. Some 897 plates were sold, according to officials.

Sylvia Gibson was awarded the community service award in honor of her late husband, Greg Gibson; Austin Snyder was named firefighter of the year; and Diann Stewart was named the officer of the year.