Escambia, Autauga to battle in 2A state title game 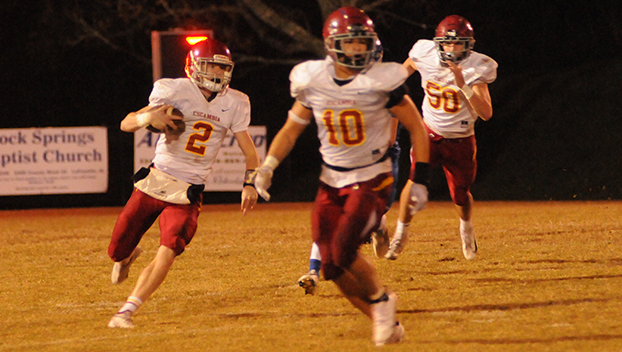 Escambia Academy will be in familiar territory tomorrow as the Cougars face Autauga Academy in the AISA Class 2A state championship at the Cramton Bowl in Montgomery.

The No. 2 Cougars defeated defending state champion Chambers Academy 37-13 during last week’s semifinal on Friday. The No. 1 Generals beat Patrician Academy 53-20 on Thursday.

This is the seventh trip EA has made to the state title game in the last eight seasons, and sixth straight.

AA has been EA’s common opponent in the state title game five times since the 2016 season.

Leading up to the game, EA’s had a good week of practice, head football coach Hugh Fountain said, adding that the boys are focused on the task at hand.

And focused they were Thursday afternoon during warm ups prior to their usual walk through practice.

Tickets to the game are available through the S2 Pass app.