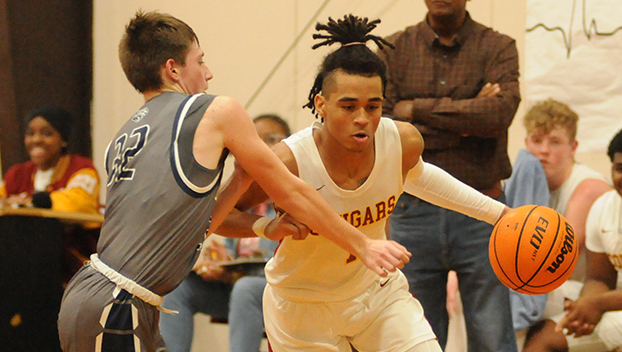 Malaki Haynes and Bubba Nettles scored 15 and 14 points, respectively, to lead the Cougars in the victory.

EA and Central started out slow in the opening period, trading shots. EA went up 9-5 on a Charlie Sasser rebound and putback more than midway through the first, and Haynes hit a layup for a 11-7 advantage a shor time later.

Sasser added a pair of free throws, Haynes hit another free shot and Nettles converted after a Haynes block to highlight a second period in which EA outscored Central 13-0.

The Cougars went on to lead Central 41-21 at the end of the third period.

Sasser finished with five points and eight rebounds, and Sims added nine rebounds in the effort. Nettles had six assists.

EA hosts Atmore Christian School next Thurs., Dec. 30. First tip is at 5 p.m. with the JV boys. Varsity follows at around 6.