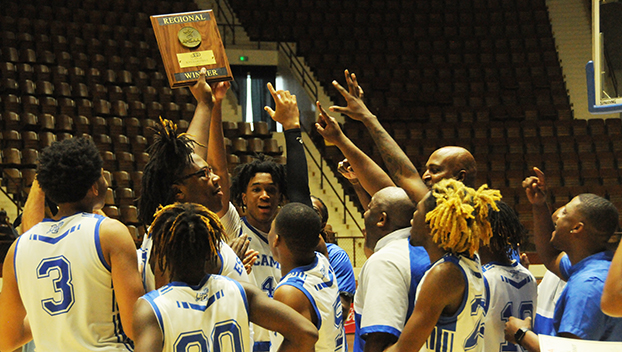 Both teams had a slow first half on the offensive end, but the Blue Devils held a 14-9 advantage going into halftime. ECHS took a 20-9 lead early in the third period.

The Blue Devils then took advantage of their free-throw prowess in the second half to pull away.

Tournament Most Valuable Player Sheldon Williams hit a layup with 3:27 to go in the third, and his brother, Stephen, added a dunk to make it 28-10.

Williamson’s Justin Brown went on a 6-0 run by himself to cut the lead to 12.

Hakeem Johnson, who with Sheldon, led ECHS with 20 points, went 12-of-12 from the free-throw line in the second half. He finished the game 12-of-13 from the charity stripe.

The Blue Devils held a 34-27 lead going into the fourth period. Sheldon picked up his fourth foul.

No matter as Johnson took over with his free throws, and then a late jumper from Sheldon to seal the game.

Sheldon, Stephen, Johnson, Brown and Allister Dixon of Williamson were named to the All-Tournament team.