An Elberta man was arrested March 30 on drug charges, according to the Atmore Police Department. 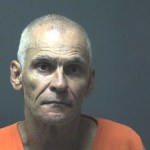 McMann said in a release that on March 30 at 12:15 a.m., an investigator with the APD was assisting Alabama State Troopers conducting a driver’s license checkpoint.

Afterward, Rolin was transported to the Escambia County Detention Center in Brewton.