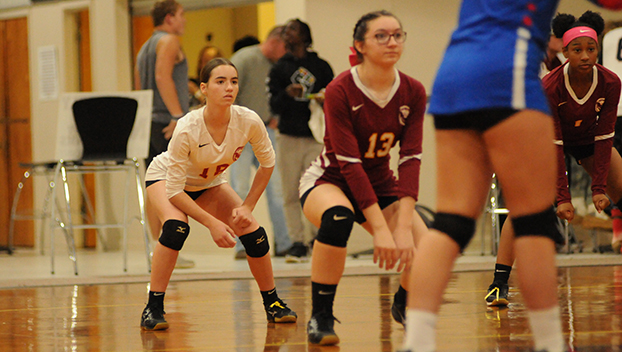 Senior Tiffany Gookin and junior Caitlin Lanham had good tournaments. Gookin went 22-for-22 from the service line and had three aces, along with 13 kills.

Lanham went 29-for-31 with seven aces and 14 kills. She was also named to the All-Tournament Team.

“I was so proud of these young ladies,” EA volleyball coach Larry Bonds said. “They all played with so much heart.

“Finishing third at state was not our goal and hurt a lot,” he added. “But the things these ladies accomplished this season was truly amazing.”