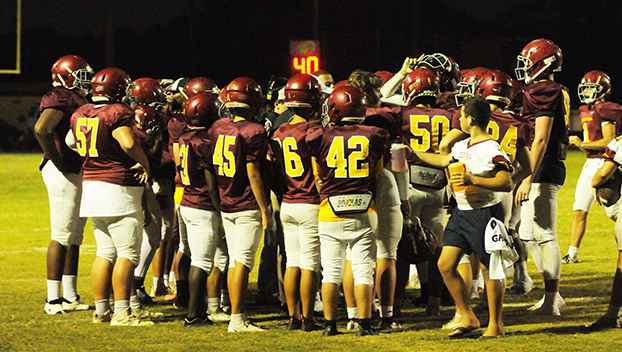 Escambia Academy will battle No. 6 Chambers Academy tomorrow night in the AISA Class 2A state quarterfinals in LaFayette.

The Cougars enter their seventh-straight postseason after a 35-19 loss to Fort Dale. FDA scored 35 unanswered points in the come-from-behind victory last week.

Head football coach Gex Billups said Chambers will more than likely have a chip on its shoulders.

“They’re going to be trying to get a little revenge against us,” Billups said. “We’re going to try and make the most of it and come back with a win.”

Billups said the game is going to be a physical contest, noting that Chambers is really good at what they do.

“Coach (Jason) Allen is a great coach, and they’ve got some great players,” he said. “They’re sound and they don’t make a lot of mistakes. If they do, we’ll have to capitalize on them.”

Billups said what stands out to him about CA is how disciplined the team is.

“They don’t miss tackles,” he said. “They’re really good at blocking, and they run the ball very well.”

Billups said practice this week has gone well, and the kids came ready to work and knew what needed fixing.

“They’ve come with a great attitude and came to work,” he said. “They know what’s at stake.”

Kick off tomorrow night is at 7.