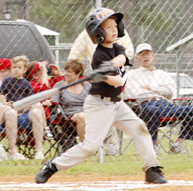 In a battle between two Poarch Creek Indians teams, the PCI Warriors were able to walk away with a 2-1 victory over the PCI Chiefs Thursday night in Cal Ripken Minor League action at Tom Byrne Park.

The Warriors opened the game with a strong first inning as they were able to strike first as Jason Davis scored to put them ahead 1-0.

For the second, third and fourth innings, it was a battle of defense as neither team could get a run across homeplate.

The Warriors finally broke the scoring drought in the top of the fourth as Davis once again made it around the basepath to give his team some breathing room at 2-0.

Cole Wynn tried to pull his team back into the game in the bottom of the fourth inning when he finally got a run on the scoreboard to pull the Chiefs within one.

After the fourth, it was all defense again as the Warriors held off any comeback attempts by the Chiefs.

Two runs was all it took for the Atmore VFW Rangers to defeat the Atmore Vision Center Cardinals Thursday night in a battle of Cal Ripken Minor League teams.

The lone Cardinals run came in the top of the third from Cortez martin. 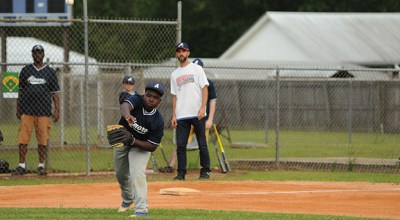