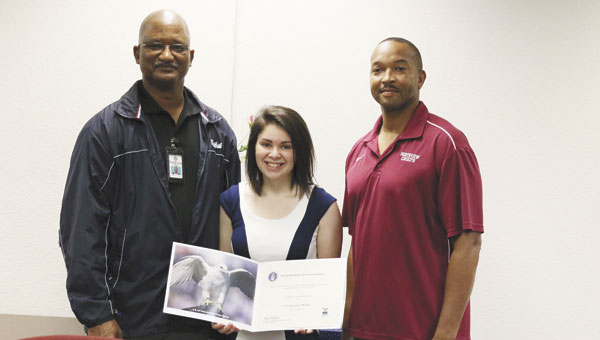 The U.S. Air Force offers a four-year program of instruction and experience, designed to provide cadets with the knowledge and character essential for leadership, and the motivation to serve as Air Force career officers.

Each cadet graduates with a Bachelor of Science degree and a commission as a second lieutenant in the U.S. Air Force.

Wright officially accepted her appointment during a ceremony held Monday morning at NHS. She was joined by her parents, Joseph and Tami Wright; cousin, Jessica McCullough; grandparents, John and Brenda Ekstrom; and sister, Elizabeth Wright.

Also during the ceremony, NHS principal Gayle Weaver and assistant principal Gerry Pippins presented Wright with a mountain bike that she can use to travel between classes at the Academy.

By Stephanie Nelson For The Advance Two candidates have qualified to become the next Escambia County Schools superintendent. In a... read more