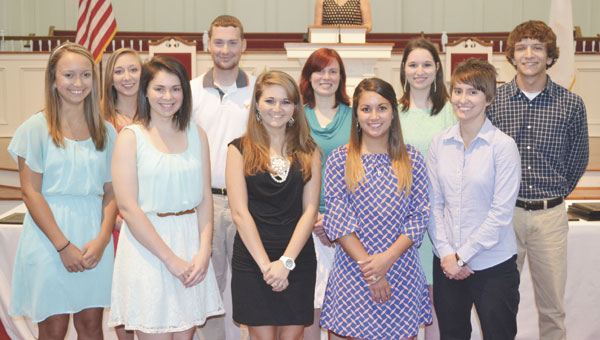 The Atmore Rotary Club honored about 150 of its brightest young students Thursday, during the club’s annual Academic All-Stars program.

The program was held at First Baptist Church of Atmore, and recognized the academic achievements of students from Escambia County High School, Escambia Academy, Atmore Christian School and Northview High School. In order to be named an Academic All-Star, a student had to maintain at least a B average in every subject for each grading period of the school year, as well as earn at least one A every grading period.

Those who were Academic All-Stars for every year of their high school career were recognized as special four-year All-Stars.

Those who were recognized as Academic All-Stars were:

An Atmore man was charged Saturday night with first degree possession of marijuana and possession of drug paraphernalia, after he... read more