An Atmore man and a Perdido man were arrested Monday, after sheriff’s deputies discovered drugs in their car after a routine traffic stop.

According to information released from the Escambia County Sheriff’s Office, the two arrested were Randon Bryan Watson, 30, of East Oak Street in Atmore, and Oscar Lee Powers, 33, of Johnson Road in Perdido. 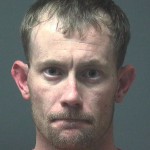 Both suspects were transported to the Escambia County Detention Center and were awaiting the setting of their bonds, as of Tuesday morning.

On Monday, Deputy Michael Sanderson conducted a traffic stop for a violation at the intersection of James Road and Railroad Street, in Atmore. 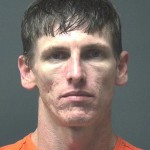 Consent to search the vehicle was granted, and Sanderson discovered two bags of a substance that field tested positive for crystal methamphetamine. Sanderson also found prescription medication that was identified as methadone.

During the field interview, the passenger admitted to throwing a glass meth pipe out the window when he observed the patrol vehicle behind their car.

A Flomaton man was arrested on drug-related charges Monday, after sheriff’s deputies interviewed him during a traffic stop. Jerry Mark... read more