A Brewton man wanted for assault and other crimes was arrested Friday afternoon in Atmore, and is now facing additional drug-related charges.

Eric Dean Vickers, 30, of 815 Barnett Highway, in Brewton, will now face charges of possession of a controlled substance, possession of marijuana and possession of precursor chemicals. He had been wanted by the Escambia County Sheriff’s Office on at least two outstanding warrants of assault and domestic violence — strangulation, according to Scott Walden, an agent with the 21st Judicial Drug Task Force.

Vickers was transferred to the Escambia County Detention Center in Brewton. 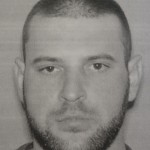 Vickers also possessed three meth pipes at the time of his arrest, Walden said. Vickers admitted to owning all the drug-related items.

“He didn’t put up a fight once we placed him in custody,” Walden said.

Walden said that Vickers had fled from county deputies last week when they attempted to pull him over. He also noted that a year ago, Vickers allegedly pulled a TEC-9 semi-automatic handgun on two state troopers on Alabama Highway 113.

For more on this story, see the Wednesday, Feb. 11, edition of The Atmore Advance. 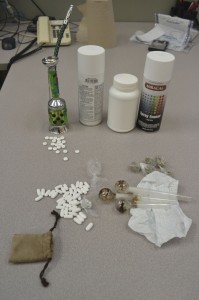 The Escambia Academy Cougars saw their season come to an end Thursday night, as they fell at Glenwood Schools 61-36... read more