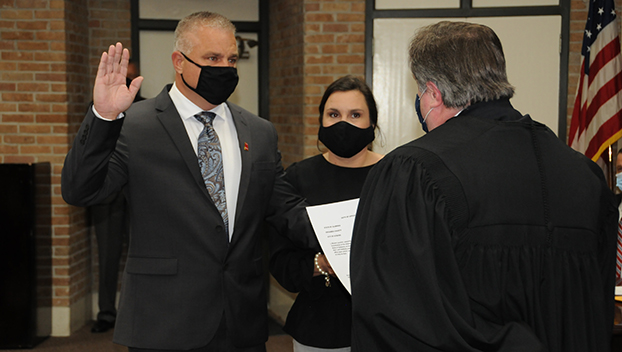 The city of Atmore’s municipal officers swore their oaths of office during a council meeting on Nov. 2.

Those who took the oath of office include:

Johnson and Lassiter are new to their respective offices.

Family members of each were present for the swearing in ceremony. Circuit Judge Todd Stearns and District Judge Eric Coale administered the oaths of office.

In other business, the city council:

• approved an ordinance to establish the time, place and procedure for council meetings;

• adopted a resolution for financial depositories;