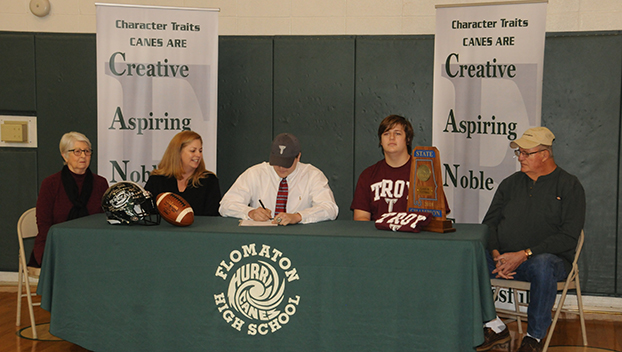 “I just want to tahnk God, my mom and dad,” Jackson said after signing his letter. “I also want to thank my teachers, and Mr. (Seth) Hammond, my coaches and friends.

During his senior season, Dullard finished with 43 tackles, six tackles for a loss and recorded four sacks.

“I’m extremely proud of Jackson,” FHS head football coach Doug Vickery said at the signing. “I was able to coach him for a long time. He was one of the toughest kids I had the the opportunity to coach.

“I know the coaches, administration and your classmates are proud,” he said. “You deserve it.”

Dullard is the son of Amy Dullard, and the grandson of Ben and Carolyn Jackson.