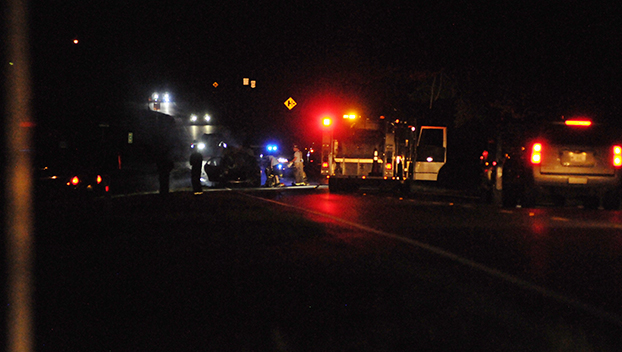 A car was destroyed by fire after striking a welding machine Thursday night at the intersection of Highway 31 and Cinderbrand, according to fire officials.

Atmore Fire Capt. Daniel Love said a welder fell off a vehicle, where a small Toyota car struck the welder and caught fire.

The Toyota, model unknown, was burned to the ground and declared a total loss, he said.

Love said the driver of the Toyota was transported a local hospital, adding that he was unsure of the extent of the driver’s injuries.

Firefighters arrived on scene at 9 p.m. and cleared the scene some 56 minutes later.