PCI chief of police passes away 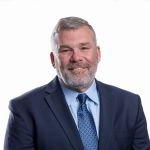 “Mike was an esteemed law enforcement professional serving and protecting others for more than 35 years,” PCI Tribal Chair and CEO Stephanie Bryan said. “He began his career as a military policeman in the U.S. Army. After his tour of service, Mike went to work for the Mobile County Sheriff’s Department, where he quickly rose through the ranks. When the City of Chickasaw chose Mike to be its chief of police, he designed and implemented a community-oriented policing philosophy that became a model for others.”

Reynolds became the Tribe’s chief of police in 2016, and brought his commitment to community-oriented law enforcement to the Poarch community.

“During his years at Poarch, Mike worked tirelessly to ensure the public safety of our community where he forged deep connections with countless Tribal members and our neighbors,” Bryan said. “Above all, Mike was a policeman through and through, and on learning of his passing, members of law enforcement from Mobile and Baldwin Counties came together to escort his remains from the hospital to a funeral home in Mobile County.

“Our deepest condolences and prayers are with Mike’s family and his many law enforcement colleagues,” she said.

Serenity Funeral Home of Theodore is in charge of arrangements.